Have you seen 'The Bear' on Hulu yet? 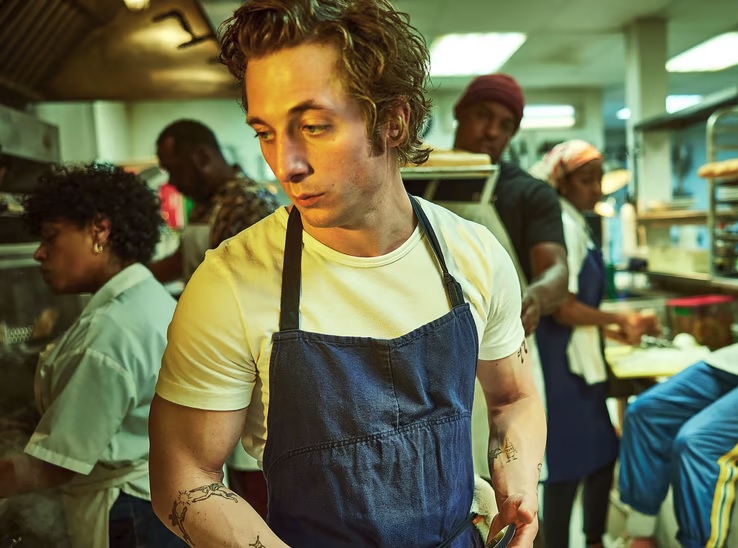 I love movies almost as much as I love cooking. So what could be better than a movie about food and cooking? In the past, I've written about some of my favorite foodie movies like The Scent of Green Papaya, Tampopo, Bagdad Cafe, Mr. Church, and Always Be My Maybe. So starting this month, I'm going to recommend at least one food-related streaming gem that I've enjoyed. I love being inspired by new experiences and I have learned so much from all the movies I have seen. Sure, I've also picked up a few cooking tips here and there from these films, but what I've really learned from foodie movies is how inter-connected food is to culture, art, and joy -- the important things in life.

Over the holidays, I watched an eight-episode limited series on Hulu called The Bear (watch the trailer and read this review). It's one of those brilliant explosive uber-dramas, and I thoroughly enjoyed this whirlwind roller coaster ride. Many people have called this series the most accurate portrayal of what it's like to work in a restaurant and I agree -- I've also done my fair share of restaurant work both in the kitchen and in front of the house. While this smartly written series is set in a restaurant, it's focus is much broader -- it's is really about what it means to be part of a family. The performances are top-notch, the pacing is intense, and it's even set in our little Chicago (some people think Johnnie's Beef was the inspiration for this show). With only eight 30-minute episodes, you might think this series is easily bingeable. Trust me, it's not. I was so shaken to my bones by the intensity of each episode that I could not watch more than two at a time without fear of losing my sanity. Yes, it's that good.
foodie movies

Paul Young
I am a retired professor, educator, designer, and culinary explorer who teaches cooking classes in Champaign-Urbana, Illinois. I have eaten my way through 25 countries so far and I would love to share my culinary discoveries with you.